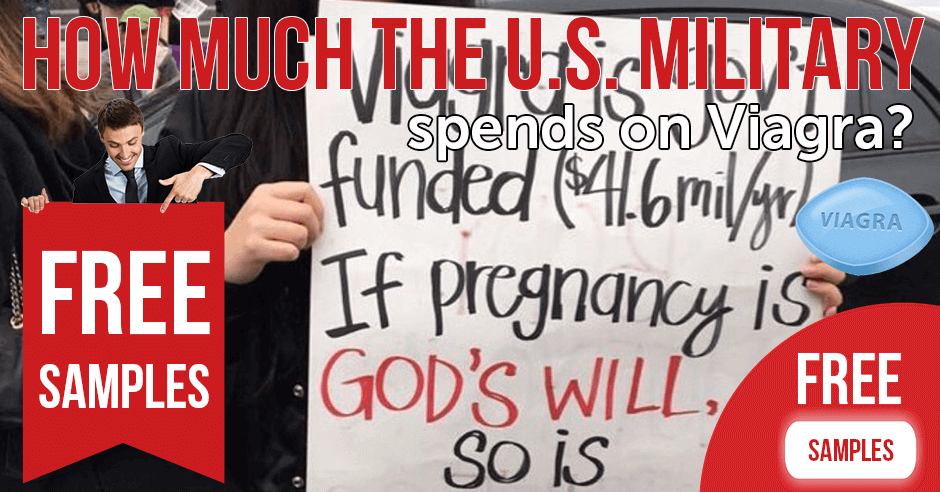 Disclosing the US Government Funding for Army to Buy Viagra

Transgender troops are no longer allowed in the US Army because the government has to cut costs for transgender surgeries and subsequent treatment. However, the Pentagon spends millions of dollars each year on Viagra. Is this a colossal money waste out of the US budget or vitally important expenses for the military healthcare? Let’s find out.

Annually, the US Department of Defense spends $84 million on erectile dysfunction (ED) meds, which is 10 times more than the cost of the medical care related with gender transition. The press draws public attention to the fact that the sum for ED tabs is equivalent to the price of several fighter jets. Why does the Pentagon waste so much money on Cialis and Viagra? Who gets these prescriptions?

Experts estimate that almost 10 million people are covered by the Military Healthcare System. It is well known that ED is widespread among elderly men, so the majority of the drugs go to thousands of veterans, retired service people, and members of their families also patronized by military health insurance. Another part goes to the active duty military personnel.

Since the wars in Afghanistan and Iraq started, sexual disorders have increased among those members who are currently serving. Almost all ED cases are caused by psychological reasons because of post-traumatic stress disorder (PTSD), depression, or anxiety. Moreover, active and former male veterans are recorded as having a higher level of sexual malfunction than their civilian counterparts.

ED is also associated with a number of health conditions, which include diabetes, heart illnesses, high blood pressure, etc. Sildenafil, the active component of Viagra, is a potent phosphodiesterase type 5 (PDE5) inhibitor, widely spread in its off-label use. Another brand name for sildenafil is Revatio, the medication used for pulmonary hypertension. Sildenafil is also consumed to relieve the symptoms of altitude sickness. It might be prescribed for members when getting up mountains in Afghanistan.

ED is a medical concern, and all “troops” are entitled to get treatment for any medical problem and transgender troops, as well. Prescribing Viagra to solve sexual problems doesn’t mean that the service members are encouraged to have sex. It means that healthy sexual relationships are recognized as an important and integral part of their life. Military members have the right for the same quality of life and medical care that civilians have. ED is listed as a disease and has adverse reactions on the well-being of service people, dramatically affecting overall male life. 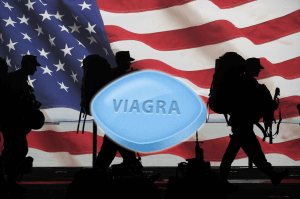 The US Army needs strong and well-balanced personnel. That’s why these people receive ED drugs due to federal funding. These government expenses should not be considered as irresponsible and frivolous, because they help to restore healthy sexual life and get men back on track. Banning transgender surgeries among the military members, the Congress explains that this health care is not essential, but just the procedures to waste taxpayers’ money. The Government doesn’t understand that these individuals need hormone therapies, which is just as essential as ED meds for ED patients.

Another rumored reason for buying so much Viagra is to reward people who give information on the Taliban. Patrimonial rules still exist in the tribal communities in Afghanistan. If a man experiences erectile problems when he gets older, he is treated with less respect. Besides, some of them have 2 or 3 wives who expect him to perform regular marital duties. Viagra may be some sort of payment for the data. This reward is not visible so other people cannot determine the informant, while an expensive gift (like a car) to a person with a poor household background will cause many unnecessary questions. The result given by ED tabs will restore family harmony, which would be priceless.

Regular men, whose ED medicines are not covered by the health insurance programs, are able to order them online. The military spends on Viagra huge money, while average Americans can buy cheaper generic alternatives at BuyEDTab. Kamagra, Silagra, Viprogra, and other powerful PDE5 inhibitors will significantly improve your erectile function with the first tablet.