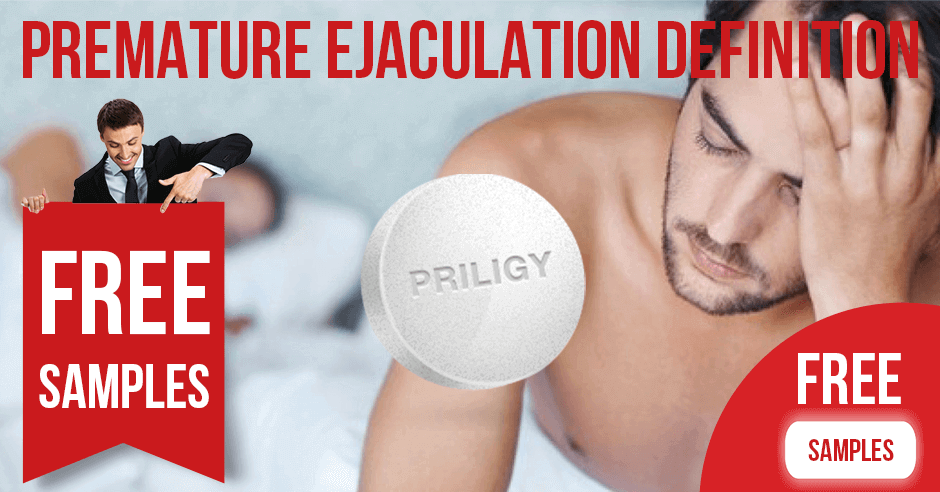 What are some things to help men struggling with PE, and what kinds of drugs can be used as an effective solution? To find the answers you need to beat PE, take a quick look below.

Premature ejaculation (PE) can be a major hurdle to overcome for men all over the world, affecting the most intimate moments of their lives and depleting sexual confidence. However, PE is nothing to be ashamed of. In fact, the disorder is experienced by between 20 and 30 percent of all men at some point in their lives, making it the most common sexual disease. And while there is plenty of myth surrounding it, such as its connection to low testosterone or a small penis, these rumors have little to no scientific basis.

The definition of premature ejaculation describes it as a sexual dysfunction that causes men to ejaculate before or shortly after sexual penetration. It is a serious condition that can produce anxiety in both partners, and lead to long-term trouble for many relationships. While it may seem like a minimal threat at first, it is important to resolve the problem early to avoid patterns of unfulfilling sex.

Why Does Premature Ejaculation Happen?

Cases of PE come in all different shapes and sizes, from men who have remained with a single partner for years, to those who have recently started a new relationship. And while it is commonly associated with young and inexperienced sexual partners, older men suffer from the condition as well. Learning how to overcome PE starts with accepting that everyone is vulnerable.

So, why does it happen? Below is a list of some of the more common causes for PE, reported by men who have experienced the condition for themselves. If any of the following descriptions sound familiar to you, seeking treatment should be the next step.

What Symptoms Does PE Have?

Premature ejaculation has one central symptom, which is the inability or difficulty to delay ejaculation during times of sexual stimulation. However, this core condition quickly leads to a variety of other symptoms. It is important to remember that PE will affect the psychological state of different men in a variety of ways, and there is no one-size-fits-all description.

Anxiety and depression are the most closely linked effects of those who have long-term PE. As the disorder continues without treatment, negative feelings start to become attached to sex, which can lead to erectile dysfunction.

Can I Delay Premature Ejaculation?

Not all cases of PE require treatment, and many men who experience it only feel its effects in the short term, during times of high stress or other distractions. If you have only suffered from PE in one or two isolated cases, there is no need to worry as it will likely take care of itself in time. 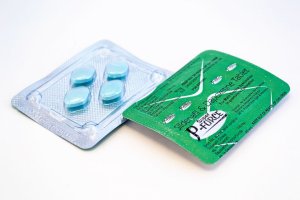 However, overcoming chronic PE, which can affect a man for months or years, often requires outside help through the use of drugs or therapy. While some may be able to overcome the disorder through the sheer force of willpower, doing so may be risky and lead to unpredictable results.

There are a wide variety of pills on the market today to treat PE. And while many of these options have only been available with doctor approval in the past, some such as Priligy (Dapoxetine), Tadapox and Super P-Force are becoming available without prescription. Understanding the unique benefits and side effects of each is important before beginning your own treatment plan, but one good place to start is know how to dose. Find out what is good for PE in the helpful chart below, and which dosages to start from:

Other Solutions to Fight PE

If you are looking for a way to treat your PE today, without a trip to your favorite online pharmacy, there are a surprising number of options. One of the most simple solutions lies in knowing which foods prevent PE, or at least help ease its effects. Asparagus is one such example as it contains high amounts of vitamin E and iodine, which combined help boost testosterone. This will leave you feeling more confident and competent in bed. Another option is blueberries, which help relax the veins in the penis and allow greater blood flow overall.

Also, kegel exercises are another majorly untapped resource for men suffering from PE. Kegel workouts target the pelvic muscles that contract during orgasm, and keeping them fully toned will help lend a greater sense of control during sex. Not sure how to target the right muscle? It is the same one that helps you interrupt the flow during urination.